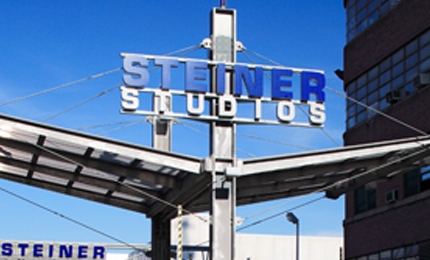 As the largest and most sophisticated studio complex outside of Hollywood, Steiner Studios offers thirty soundstages – including the largest (27,000 square feet) on the East Coast – ample office and support space, and abundant on-site parking.

Steiner Studios is located within the Brooklyn Navy Yard, situated along the East River and flanked by the Williamsburg Bridge to the north and the Brooklyn and Manhattan Bridges to the south.

The Brooklyn Navy Yard offers beautiful, unique vistas of the Manhattan skyline, the nearby bridges, and an active waterfront. Founded in 1801, the Navy Yard also comprises a rich, historic back-lot, with buildings preserved from the Civil War, World War I and World War II, and an open campus environment with winding drives, expansive fields and abundant landscaping.